TORONTO, Ont. – Electric trucks promise benefits as diverse as lower emissions and a quiet ride. But fleets looking at the equipment might want to research the related charging infrastructure long before trucks roll off an assembly line. 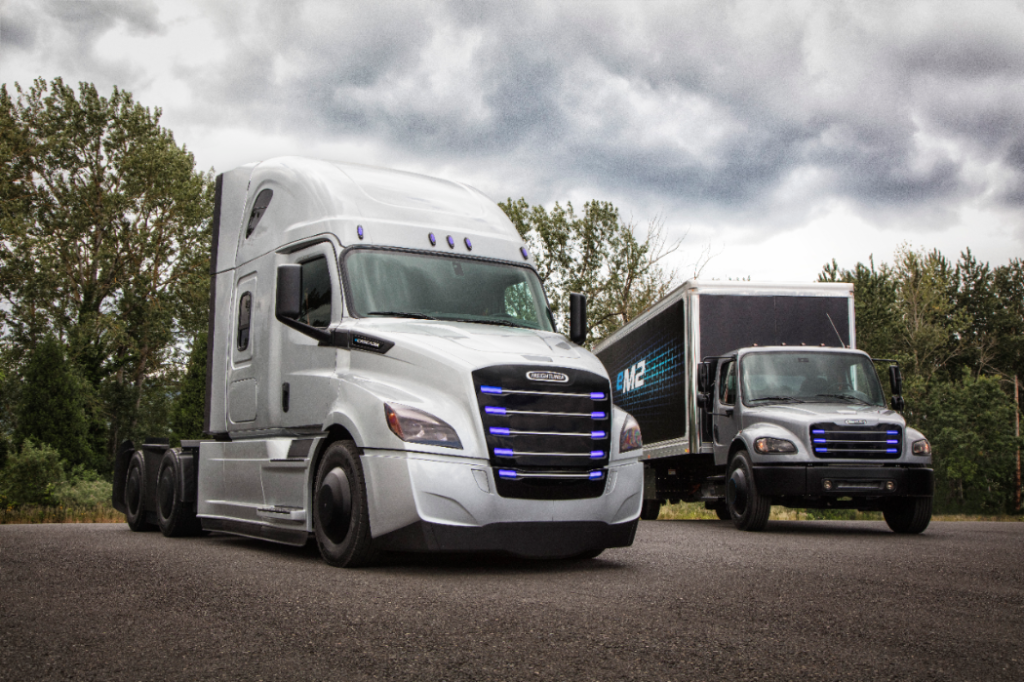 He admits that he took charging needs for granted when first exploring electric trucks a couple of years ago.

Unlike the choice of traditional diesel-powered equipment, this work involves fleet personnel who traditionally deal with real estate issues, and contracts that refer to everything from load management to smart charging strategies.

With its test fleet, established to gather real-world experience around electric vehicles, Daimler has seen charger installation projects take anywhere from two weeks to more than a year, he said. “Not all construction companies out there have experience installing charging equipment. There are some nuances they need to be aware of.”

There are several pieces to the charging equation, including the need for switch panels and meters, the power cabinets loaded with inverters and rectifiers to transform AC power into a DC charge, and enough underground conduit to support future wiring needs.

Not every charger is compatible with every truck, either.

“If you’re waiting to do that (research), you’re going to fall behind,” said Paul Rosa, Penske’s senior vice-president – procurement and fleet planning.

Besides, the permits for charging stations could take two months alone.

“Don’t wait for the trucks to be here to start your infrastructure discussion,” he said.

To compound matters, charging strategies can be influenced by everything from charging station locations, to the time of day or season.

Plugging an electric vehicle in to a charger at 4 p.m. could be costly, Hill said as an example. Demand charges on utility bills also tend to be based on the highest 15-minutes of demand in a month. Trying to meet all the power demands at once will be costly.

“It can be pretty significant,” he said.

Such high rates and charges are eased somewhat through smart charging software, which aligns charging times with the cheapest available electricity rates.

But those tools have also presented some of the early challenges for those testing electric trucks.

In some cases, electric vehicles didn’t recharge simply because the updated software failed to establish an electronic “handshake” with the charger. Teams also have to ensure that drivers establish the all-important charging connections before walking away.

“One of the biggest challenges right now from our side is still working through the charging,” he said.

A clear understanding of the times that trucks will be parked, however, could help to bring some costs under control.

If equipment is parked eight to 12 hours at a time, a 20- or 50-kw charger might suffice, rather than requiring a 300-kw unit, Hill explained. Still, he warned, fleets could find themselves in a “bad spot” if the charging units are too small.

The West Coast Clean Transit Corridor Initiative along Interstate 5, for example, envisions 27 charging sites spaced no more than 50 miles apart, and ideally no more than a mile away from the highway. Those are to be built by 2025.

“This is an ever-changing landscape,” Voets said. “Those considerations can change.”

Individual programs offered by utility providers can help lay some of the early groundwork, too.

“Definitely look at your local utility and ask about incentives that may be available for charging infrastructure in your area,” said Jed Procter, Daimler’s manager of eConsulting.

Other regional support can include incentives to reduce purchase prices or operate the vehicles.

Even with that in place, there is still much to learn.

“We can’t be naïve to some of the nuances and some of the shortcomings of the grid today,” Hill said as an example, referring to questions around grid capacity and distribution network.

“Not everything is already figured out yet,” Voets agreed. Questions include route assessments, analyzing economic feasibility, financing, deploying charging infrastructure, maintenance and operations needs, and what to do with the equipment at the end of life. “What happens to these vehicles when they’re not in their first operation anymore?”

“This is about learning,” Rosa said, referring to the early exposure to electric trucks. “We’re going to learn.”