MILTON, Ont. – It was a fitting finale to the Private Motor Truck Council of Canada’s virtual annual conference – an online discussion on Virtual Training in a Covid-19 World.

And the panelists agreed — driver training using simulators and other virtual reality tools are making a big qualitative difference. 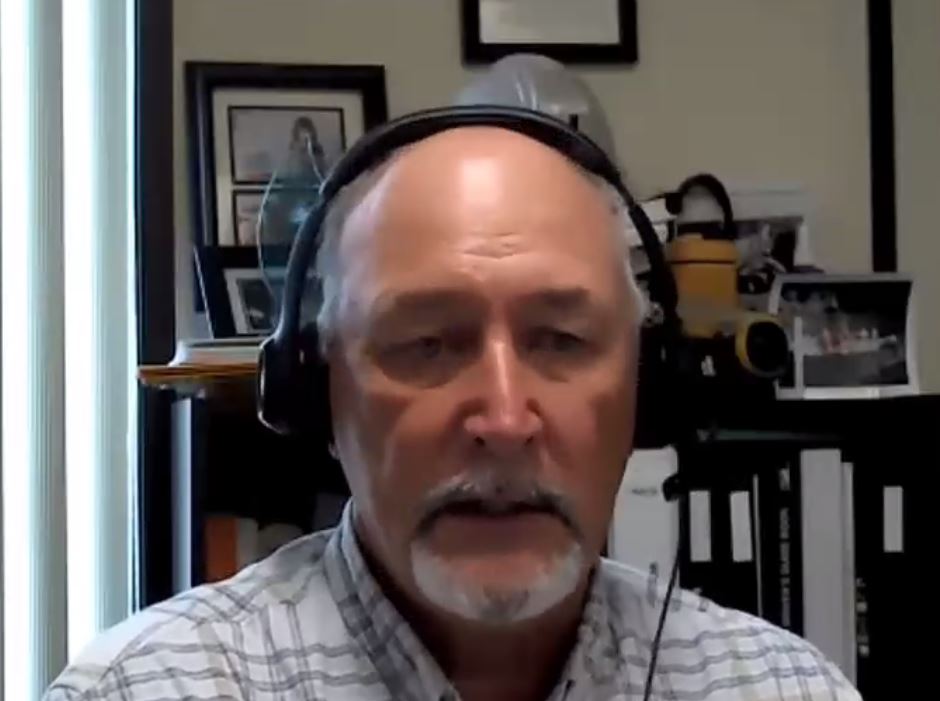 “Since we started bringing in this, we’ve been able to contribute to a crash rate that is now below one crash per million miles traveled, which puts us in the top 10% of fleets within Canada,” Fletcher said.

“So, the insurance rates have gone down immeasurably, (and) our profitability has gone up because of less problems on the road.”

Another benefit, he said was the low turnover of drivers.

“Our turnover rate is below 10%, which is kind of phenomenal in the transportation industry.”

CHET has deployed latest simulators, with modules for tanker truck simulations and snowplows.

He said demand for simulator-based training has soared since the Covid-19 outbreak. 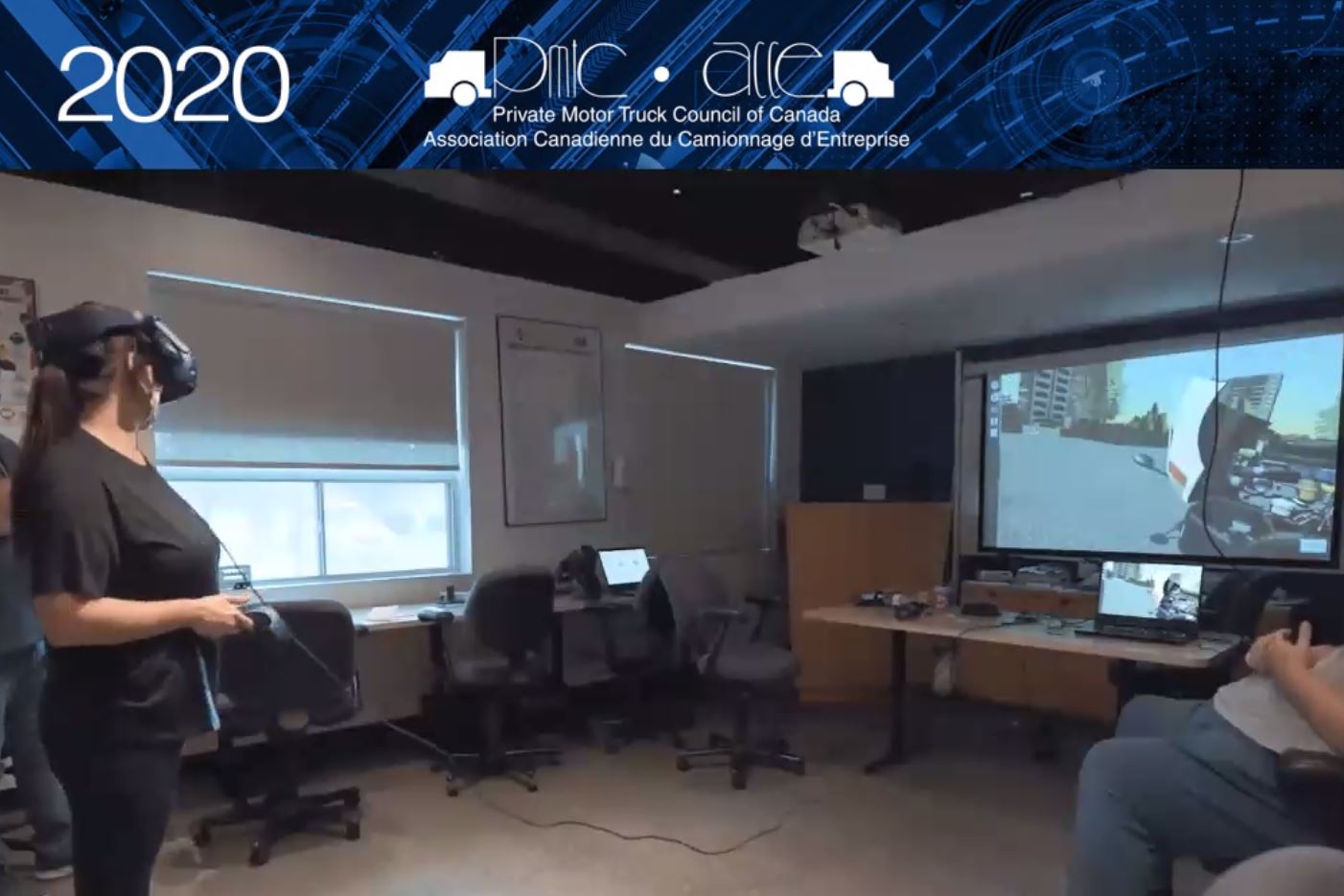 Shelly Uvanile-Hesch, CEO of the Women’s Trucking Federation of Canada, said even veteran drivers like herself can benefit from training on the new tools.

“I think that they can gain a little bit more confidence in areas that are lacking. As drivers go on in their careers, we become very complacent, and you often forget things.”

But Fletcher said some trainees might be reluctant to embrace the technology fully because they feel that they might not be able to succeed at it.

“Oftentimes they might have a little simulator affective disorder that they might experience. So, in order to combat that we have cut down the learning segments into seven-minute blocks,” said Fletcher.

Virtual training is still taking place in classrooms, and technology to make it literally remote has yet to be developed, the panelists said.

They said the training hardware and software are uniquely combined at the school, at least for now.

“The technology isn’t there yet. We are watching it,” said Vickie Devos, president and CEO of IMVR Canada.

She also said there would be a big credibility problem with remote training.

“How do you know that it is that person behind the headset? So, credibility is vitally important to me,” said Devos. 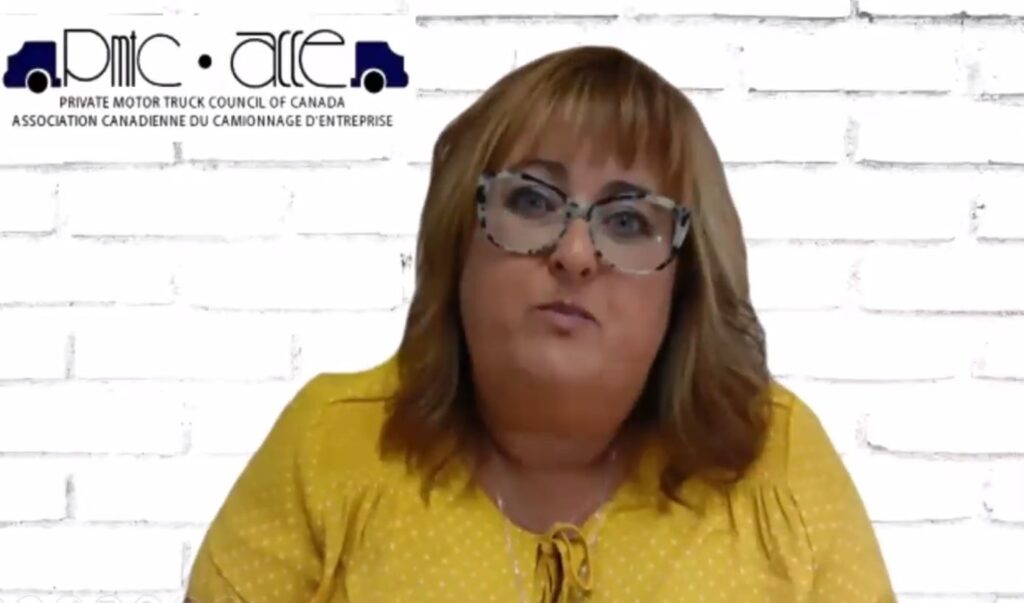 “I would echo that it is a tool, but it doesn’t replace the hands-on (training),” said moderator Kelly Henderson, executive director of Trucking Human Resources Sector Council of Atlantic.

“Make sure that we don’t take away from the actual hands-on training. That is really paramount to the success of the professional driver.”

“All these different forms of training are to supplement, to make you’re training better. They are not there to replace something.”