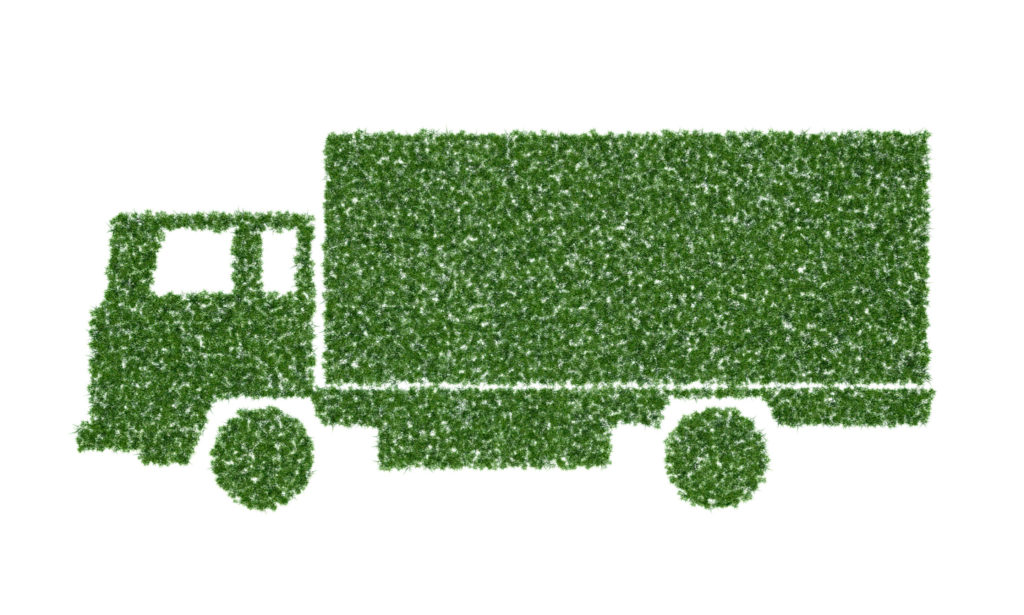 TORONTO, Ont. – The days of soot-belching exhaust stacks are largely behind us, and on the 50th anniversary of Earth Day there is the promise of more environmentally-friendly trucks to come.

“This is a time to tell the story about how proud we are of the [trucking] industry, and how energized we are going forward,” says Mike Roeth, executive director of the North American Council for Freight Efficiency (NACFE). “We cleaned up the exhaust over the years. That was not an easy thing. It comes at a big cost … all that aftertreatment made the truck pretty complex.”

That added complexity, however, has also focused more attention on the promise of battery-electric and hydrogen-electric vehicles, he says.

Just yesterday, for example, Daimler and Volvo announced an initiative to jointly develop fuel cells, with production facilities that will exist at a “subsidiary” located in Vancouver as well as Germany.

NACFE has illustrated how far trucks have come in recent decades, and the further opportunities that exist.

But the focus on reducing emissions from internal combustion engines is not about to ease. Trucks will face ever-tighter restrictions on greenhouse gas (GHG) emissions under standards to roll out in 2021, 2024 and 2027.

Only standards relating to trailers have been paused. If introduced in their current form, they would require van trailers to be outfitted with things like aerodynamic skirts, automatic tire inflation systems, lighter-weight components, and low-rolling-resistance tires. Even flatdecks would need to be fitting with things like low-rolling-resistance tires and automatic tire inflation systems.

The technologies to reach the 2027 GHG standards may not yet be perfected, but NACFE’s recent Run on Less demonstration showed that it is possible to achieve 10 mpg using technologies that are available today, Roeth adds.

The next round of standards from the U.S. Environmental Protection Agency (EPA) is largely expected to place tighter restrictions on NOx, particularly under low-load conditions when trucks are idling, moving slowly, or in stop-and-go traffic.

Canada’s role in those rules will also involve more than simply adopting the manufacturing standards. The EPA is citing research from Environment and Climate Change Canada tests involving medium-duty vehicles.

In the meantime, enforcement teams in Ontario are also looking to crack down on truck operators who remove emissions controls using tools known as “delete kits”.

The Ontario crackdown is just one example of regional jurisdictions playing an increasing role in the fight against vehicle emissions. Roeth refers to the example of cities that have announced plans for zero-emission zones, which would restrict the use of diesel engines.

Canada itself is among the jurisdictions to sign a Drive to Zero Pledge, created by California-based Calstart, which wants most trucks to generate zero emissions by 2040.

While diesel prices are relatively low, and the price of crude oil has even slipped into negative territory, Roeth expects the push for lower GHG emissions to continue.

“There are more reasons to work on efficiency than just saving fuel dollars today,” he says, referring to issues like diesel prices that could still rise in the future, and growing interest in sustainability. Regulators are adding pressures of their own, and have not linked pending restrictions in greenhouse gas emissions to specific fuel costs.

Greenhouse gases represent one of the greatest threats on the planet, said Thomas Mulcair, Earth Day Canada chairman, during a webinar hosted today by the Canadian Club of Toronto. But he warned about the pressures that could emerge as the economy restarts following Covid-19, “as if the environment was a cost we could no longer afford.”

While Mulcair said he was thrilled by the promise of the Paris Agreement, he added that society has yet to deliver on the promise, referring to “backsliding” on environmental gains in the U.S.

The Paris Agreement commits to steps to keep a rise in global temperatures below 2 Celsius above pre-industrial levels during this century, and try to limit the increases to 1.5 C.

Christine Rhodes, EY’s central Canada market leader – climate change and sustainability services, said she has seen promise in the amount of innovation and pivoting that has occurred in the last four to five weeks during the fight against Covid-19. Manufacturing lines have been reworked to produce essential medical supplies, and new opportunities are seen in the oil fields.

“You really see the power of the corporate sector when we experience issues like this,” she said.

Businesses need to invest today if they want to mitigate the impact of climate change, she added. “Those are critical steps and need to happen because ultimately we’ll reach a point of no return.”

“We need to act, and actions need to be based on the best-available science,” Minister of Environment and Climate Change Jonathan Wilkinson said in a statement today. “Actions need to reduce greenhouse gas emissions while ensuring we seize the economic opportunities that can be enabled by a transition to a low-carbon future.”