TORONTO, Ont. – Trucking-related decisions often revolve around trucks, loads and drivers, but some fleets believe the strength of an invisible thread – in the form of telematics data – will decide which businesses grow and scale.

The story of logistics has always told in terms of evolving technology, explained Uber Freight head Lior Ron, during an online panel discussion for the American Trucking Associations. Each step, whether in the form of the first road networks or standardized container sizes, helped remove “friction” from the system. 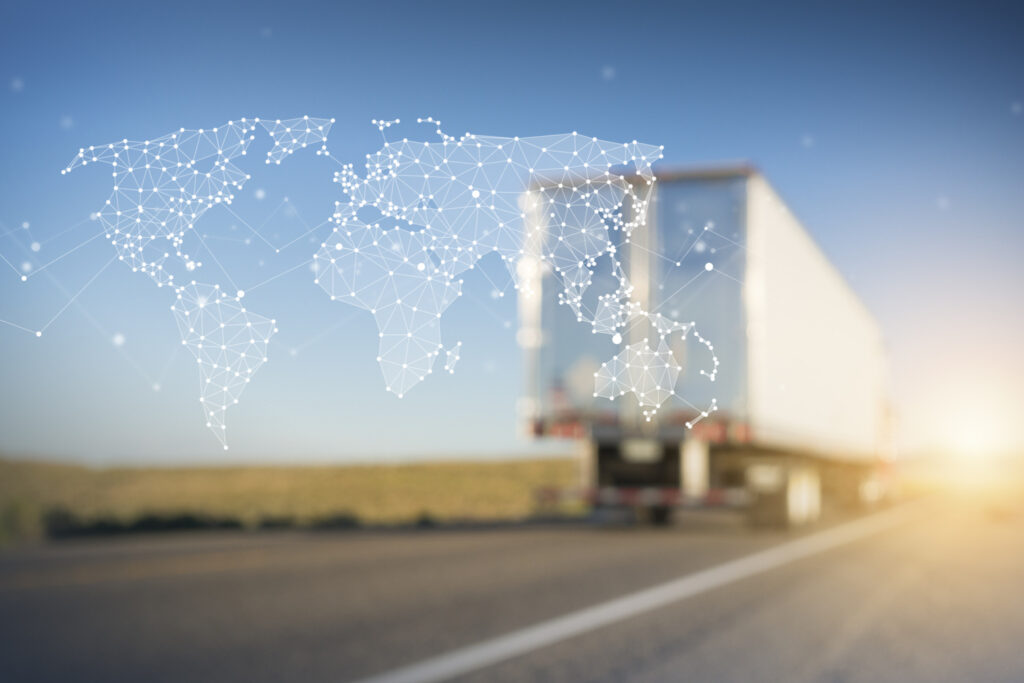 Today, much of the friction can be traced to data that exists in disconnected silos. Ron believes the trucking industry is at a crossroads thanks to emerging systems that promise to remove waste.

“Everything becomes connected when you’re online,” Ron said. “Everybody benefits from better accessibility and better productivity.”

For its part, Uber Freight can now match loads and trailers within 30 seconds, by using data science to approach the challenge. Such real-time connections are a must in trucking, he said, noting how some shippers are now bypassing the spot market altogether.

Many aspects of trucking boil down to a series of complex math problems, said Cameron Ramsdell, president of Variant.

The US Xpress subsidiary relies on tools such as machine learning and artificial intelligence to plan and schedule loads. And what began with five trucks in June 2019 has grown to 550 power units.

“We believe, fundamentally, that you can truly scale an asset-based trucking company and have kind of set out to prove that,” Ramsdell said.

Assets that once remained in silos as they rolled down the road can now be connected through technology, added Scott Auslund, CEO of Gulf Relay, which has a fleet of 225 trucks as well as a warehousing arm and brokering business. 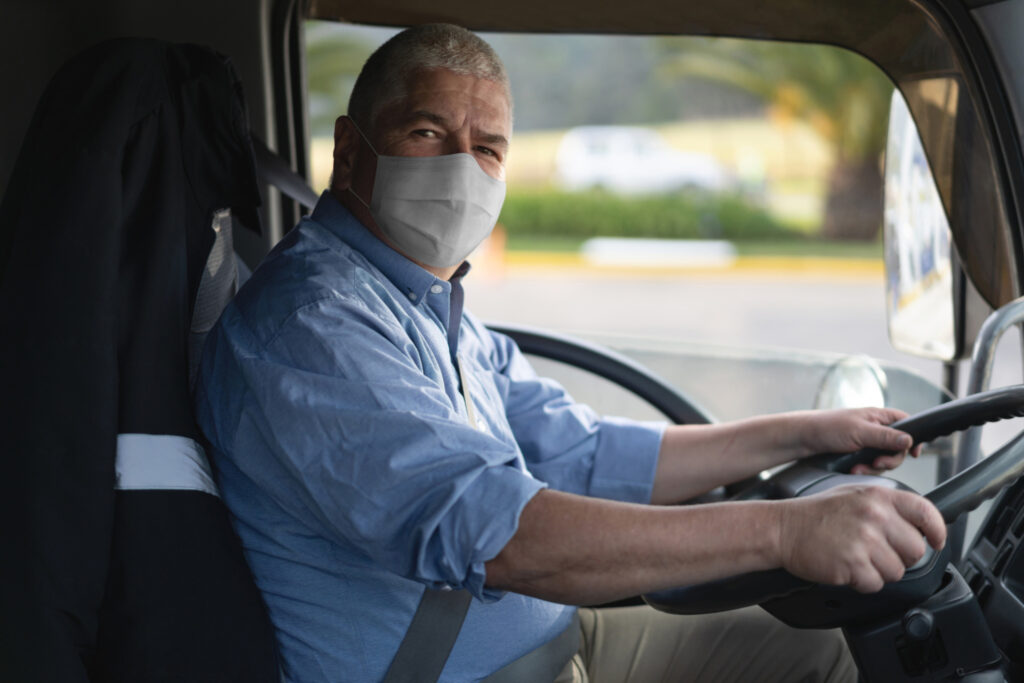 Covid-19 has led fleets to find ways to ensure fewer physical interactions by drivers. It’s given some of them a taste of what technology can do. (Photo: istock) Accelerated pace of Covid-19

The Covid-19 pandemic has in some cases helped to accelerate the adoption of technology in trucking, including steps that involve decisions traditionally made around a physical table.

“We have to be able to learn how to do that virtually,” Ausland said, offering examples of tools that translate speech into text and even integrate such data into transportation management systems.

Examples of embraced solutions have come in the form of document capture applications, and mobile tools that connect drivers to the process.

And once they have a taste of the potential changes, fleets begin to chase other opportunities for digital-driven decisions. 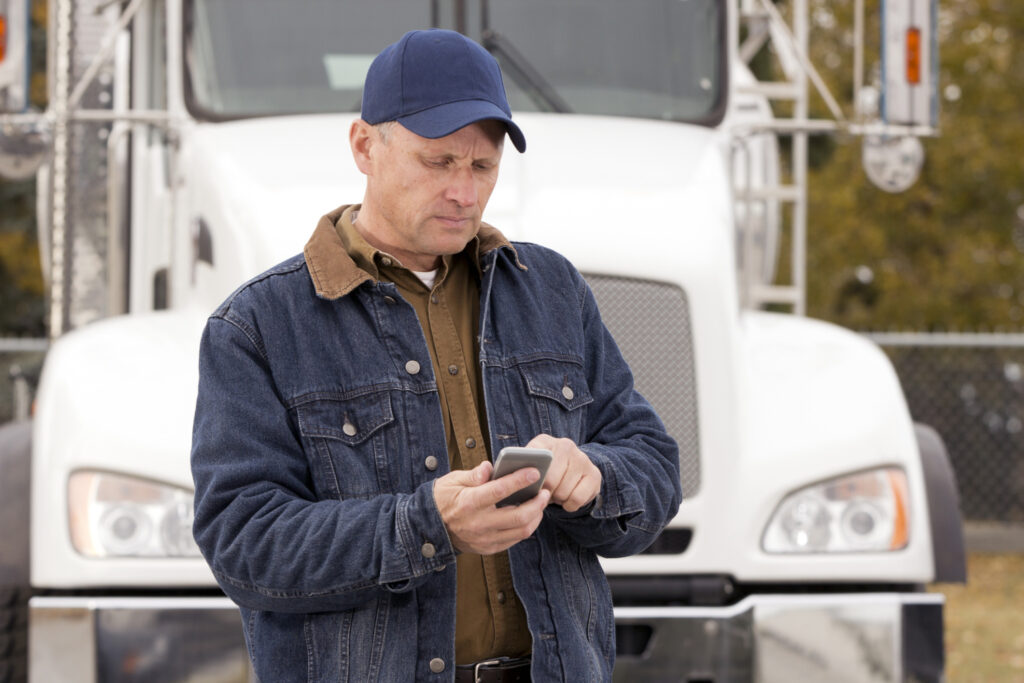 As important as the data has become, some of the leading benefits involve using it to solve decidedly human challenges – like helping truck drivers escape data-entry tasks that soak up time and introduce potential errors.

Drivers are looking for such support, Kennedy said, noting how they’ll often ask why a system requires them to re-enter information that it should already know.

“You can only manage so many humans without technology,” he added.

“It takes very little technology to make someone feel important and special,” Ramsdell said. “A series of a lot of little things make a driver feel like you care for them.”

The driver involvement in the process remains key, however.

“Everything we do actually starts with the driver,” Ron said, referring to the Uber Freight experience. “Even the culture, setting up driver phones, and we have an advisory board of drivers with various segments of the industry.”

All the digitized information also offers further insights into fleet costs, which is particularly important to an industry where margins are measured in terms of pennies on the dollar.

“You have to be cognizant of that cost and understand what levers to pull,” Ramsdell said.

It’s one of the reasons Auslund focuses on three key questions that should direct fleets to the best technology-related investments: Does it impact service, does it impact safety, or does it affect the bottom line.

Suppliers with solutions that focus on something outside those three areas will face a tough time when pitching their offerings to Gulf Relay.

Ramsdell admits it’s easy to be overwhelmed by emails promoting different technical innovations. He recommends identifying the three biggest strategic priorities and focusing on those.

“I’d caution everyone on the push,” he said, referring to suppliers looking to address a problem that isn’t already top of mind.

“Find someone that’s willing to listen to your versions of the problem… Don’t be afraid to ask them for features that you need for your specific business.”

Auslund admits his business will still take chances, though.

“We still take moon shots,” he said, alluding to a contract in the works that could transform the business in just six months. “If this wins, we’re going to win big.”

Not every solution will be for everybody, either. Kennedy likens the different offerings to the multitude of apps available for smart phones. Some are great. Others are left in the online marketplaces.

And while all the speakers stressed the value of open platforms, he also pointed to the need for limits. 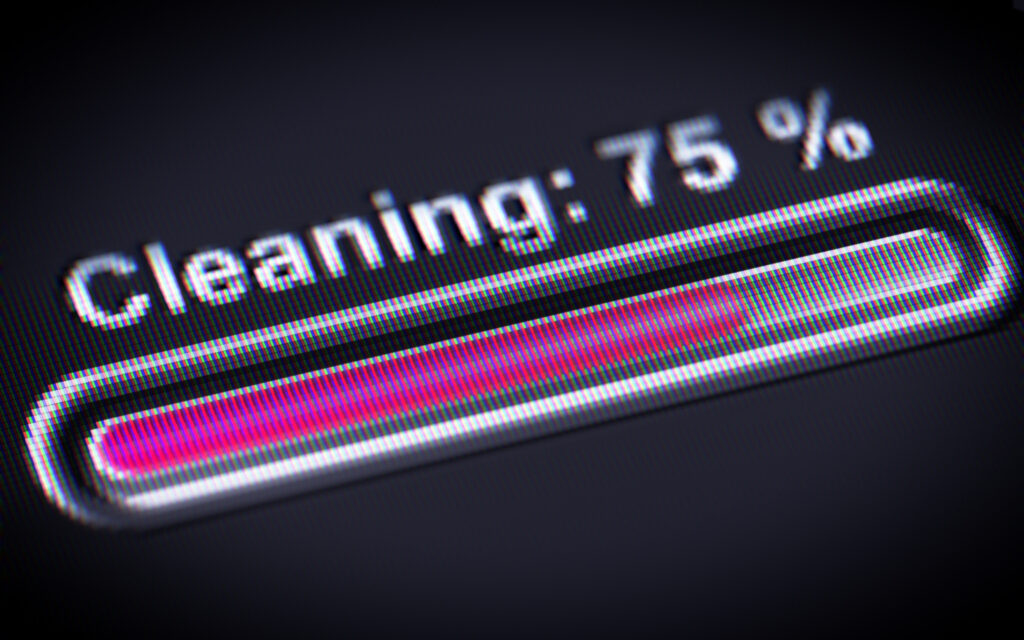 Cleaning data can take time, but it’s vital to a successful rollout of different solutions. (Photo: istock) Clean your data

The one thing that could slow the rollout of any solution is the lack of clean data.

Gulf Relay spent two years cleaning its data and uploading everything to the cloud where it could be shared across different platforms. Auslund refers to it as a “launch pad” that can be used as a foundation for other projects. Any solution that it buys these days must be able to talk to the other pieces.

Simply deciding what source of data to use will be a big part of the equation, too.

“You can get six different odometer readings from a vehicle,” Kennedy said as an example.

But the clean data, and the way it’s used to transform a business, will be a key to success.

“You have to invest for the future in the technology side of this business,” Auslund said, “or you’re going to get consolidated.”