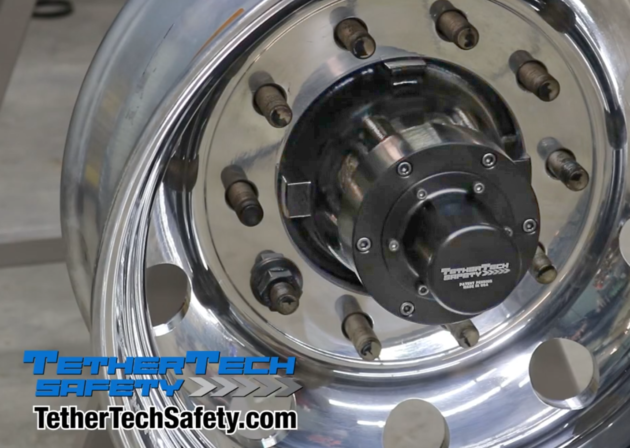 TetherTech Safety uses a thick steel cable running through the axle tube that is tethered to a pair of wheel-end caps to prevent the wheel assembly from separating in the event of a bearing failure.

FORT COBB, Okla. — An Oklahoma startup believes it has a solution for the industry’s wheel separation problem. TetherTech Safety uses a thick steel cable running through the axle tube that is tethered to a pair of wheel-end caps to prevent the wheel assembly from separating in the event of a bearing failure.

The cable is sized to the length of the axle tube including the end cap. When the ends of the cable are bolted to the end cap, there’s virtually no endplay so the end caps hold the entire wheel assembly tightly in place against the axle spindle.

“If a wheel bearing comes apart, there’s no way for the wheel to leave the vehicle,” said TetherTech developer, Billy Turner. “It’s held securely in place by the cable. When we tested the device, we ran more than 40 miles with no outer bearing in place and the wheels stayed on.”

Turner said the cable and end-cap assembly is rated for 23,000 lb.

The idea for such a restraining device came to Turner a few years ago after a wheel separation event occurred a few miles from his office. “A set of wheels came off a truck and killed two kids travelling in a Jeep,” he said. “A third one was injured and is still having problems to this day.”

But it all really hit home a month later when one of the trailers in his 20-truck fleet lost a set of dual wheels.

“We never heard what happened to those wheels,” Turner said. “I don’t think anyone was hurt by them, but I don’t know for sure. After that I started looking around for a product that would help keep the wheels on in the event of a bearing failure, but there was nothing. That’s when we set about developing the TetherTech Safety system.”

The system is designed to prevent a separation in the event of a bearing failure resulting in damage to the outer bearing and retaining nut. It cannot prevent a fastener-related separation. Because the retaining cable runs through the axle tube and fastens to the wheel-end through the hub, in cannot be used with trailers equipped with automatic inflation systems.

TetherTech Safety is based in Fort Cobb, Oklahoma. 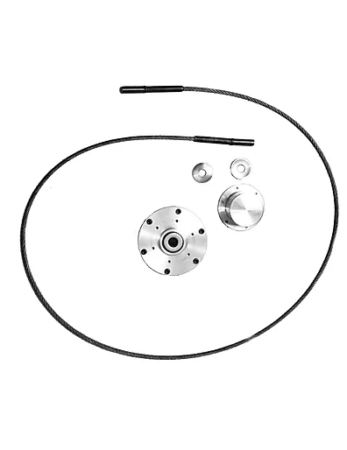