BURLINGTON, Ont. – It’s a move so long and complex, nothing is being left to chance. Even a mobile washroom is being taken along. Yet, the pickup and delivery locations are only about 17 kilometers apart, as the crow flies.

For Precision Specialized, the 108-km journey begins Sept. 28 for what will be “by far the most complex, biggest, most difficult thing we’ve ever done,” company president Ed Bernard told Today’s Trucking. 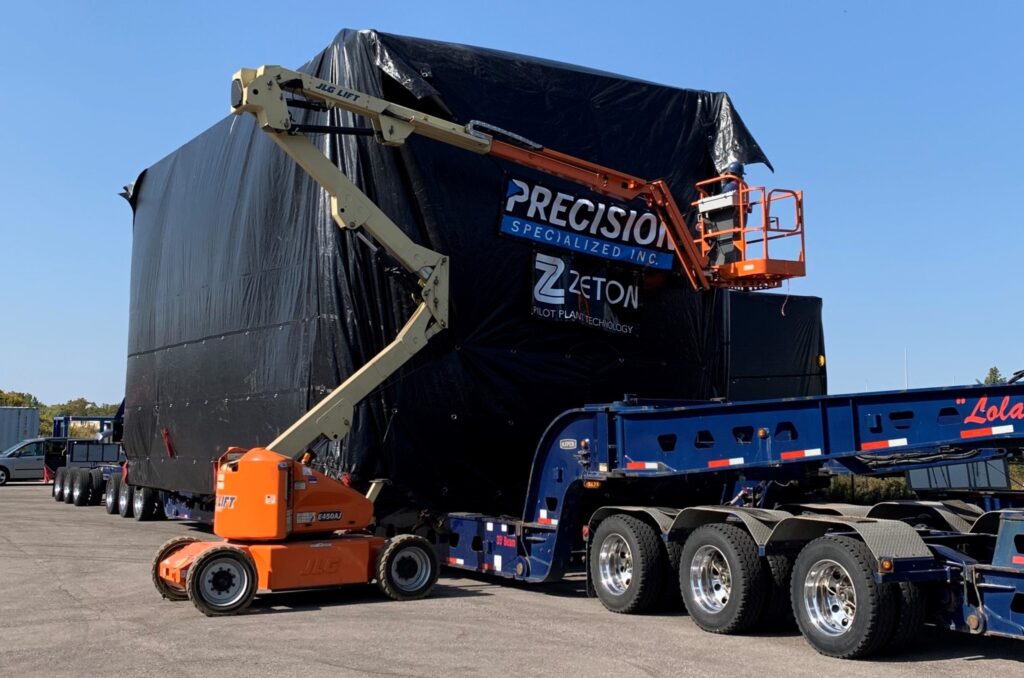 Seven loads will be moved in a convoy over five nights, ranging in weight from 260,000 to 320,000 lbs, with overall dimensions of up to 125’ long, 26’ wide, and 24’4” high. The power generation modules are being transported from manufacturer Zeton’s Oakville, Ont., plant to the Port of Hamilton. From there they’ll be shipped to a customer overseas, but Precision Specialized’s work will be done once they reach the port.

It has taken nearly two years to plan the delivery. In fact, Bernard said he began making arrangements even before Zeton committed to the project to help the manufacturer determine if the job was viable.

“We did the feasibility studies before the manufacturer even decided to accept the job,” he said, adding it was rewarding to help a local supplier obtain work.

There will be eight loads in total, including the seven in the convoy. The smaller eighth load can travel on the highway. More than 70 subcontractors have been enlisted to help. The oddest requirement was the mobile toilet, since the route will take those 70 people as far off the beaten path as possible, late at night to minimize the disruption to traffic and residents.

Because of the height of the loads, power lines will have to be lifted, cutting power to nearby houses. Residents have been notified and Precision is putting out the word of the move so motorists can avoid the route and its associated rolling road closures.

Other subcontractors coming along for the trip include bucket utility truck operators, police, superload escorts, a mobile mechanic, a spare tractor and two spare escorts, a tire truck, and even a food truck.

The biggest risk in a job of this magnitude, said Bernard, is falling behind schedule.

“There are a lot of moving parts,” he explained. “A lot of people will lose their power and we want to make sure we keep to our schedule.” 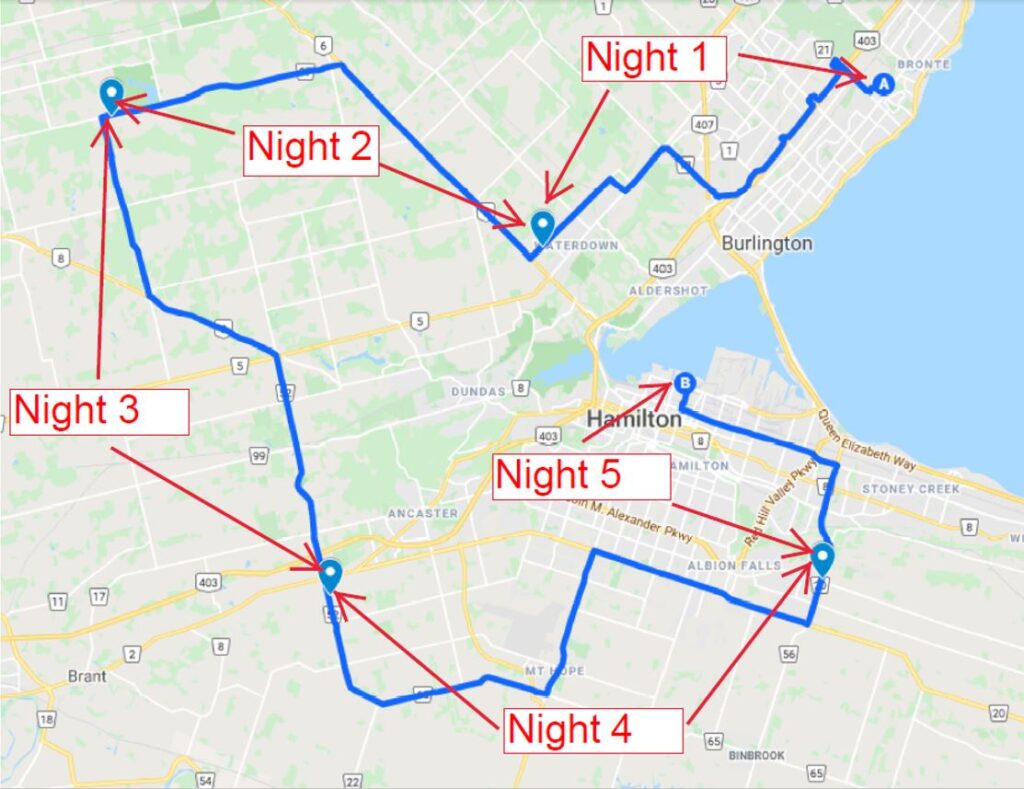 Weather is also a risk – even rain can cause delays.

And then there’s the Covid-19 pandemic to throw a wrench in things. While those working on the project won’t be closely congregated, precautions have been taken at planning meetings such as temperature checks, masks and social distancing. Once the move starts, Bernard likens the work environment to a “quarter mile bubble that’s traveling and that you can’t get into.”

The drivers are all seasoned professionals when it comes to hauling oversize loads, and most relish the challenge, Bernard said.

“All our guys have pulled big before,” he said. “This is a little beyond. We have pulled over 20-ft wide, but the height of the combination we have is kind of new for us, as is the shear scope and scale. They’re well trained and experienced and all have done this in one way, shape, or form.”

There will be short-duration rolling road closures during the move, between the hours of 10 p.m. and 5 a.m. Here are the roads affected: