TORONTO, Ont. – Road tests will be hosted by at least four Ontario truck driving schools, under a six-month pilot project looking at ways to ease backlogs in the province’s licensing process.

Tests are traditionally based at DriveTest Centres operated by Serco. 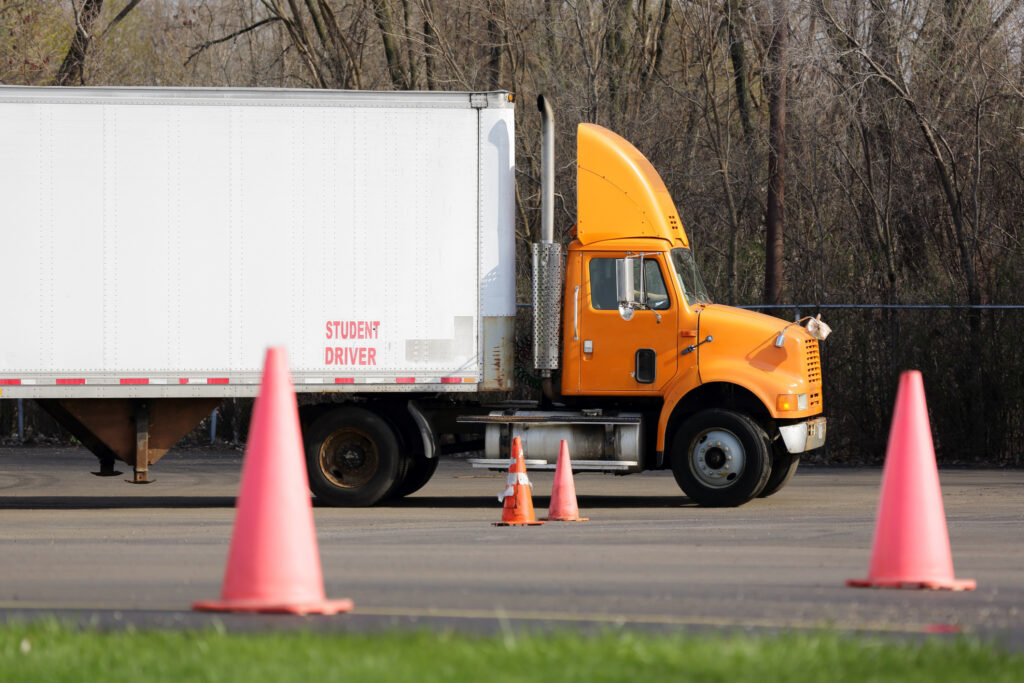 “The primary intent of the pilot program is to gather data to inform future decisions on potential ways that capacity within the commercial road testing network can be increased,” an Ontario Ministry of Transportation (MTO) spokesman said, responding to questions from Today’s Trucking.

“The road tests will maintain all existing ministry requirements and standards and be overseen by fully trained driver examiners.”

The Truck Training Schools Association of Ontario (TTSAO) reports the pilot project will begin in August. And MTO confirms the ministry is already exploring ways to include additional schools and locations.

The approach could help to recover about 80% of the road tests that were put on hold because of Covid-19, says Brian Pattison, general manager of Northern Academy of Transportation Training (NATT), which has already scheduled three days of road tests. About four tests will be conducted per day.

Ontario DriveTest Centres were closed March 23 as a strategy to help prevent the spread of coronavirus. While the licensing facilities began to gradually open three months later, full services are not expected to return until September.

The road tests hosted at the schools will help to ensure all safety measures are in place, including the measures that are helping to prevent the spread of Covid-19, Pattison said, referring to strategies such as social distancing.

“If they went to DriveTest, they have a lot of the general public there.”

Participating schools need to agree to a weekly or bi-weekly testing schedule, pay for a 7.5-hour block of testing each time, and submit schedules at least a week in advance, a source at one driving school said. They’ll also face a one-time set-up fee of $305 and pay $231 per testing day to cover examiner travel costs.

In addition to having a lot large enough to complete required maneuvers, the criterion involves setting routes, and ensuring that areas are deemed to be safe for on-site testing.

Required yard layouts were identified as another source of road test backlogs prior to Covid-19. Updated road tests that were introduced along with the province’s mandatory entry-level training regime have reduced the volume of road tests that some DriveTest Centers are able to conduct per day.

“They’re training on their home turf.”

As promising as the approach to exams may be, the school is currently limited to working with students who began their training prior to Covid-19 shutdowns, St. Jean added, referring to the booking system that applies to his region. Northstar is still waiting for the Ontario Ministry of Training, Colleges and Universities to announce when other training can begin.

The on-site exams are not a fit for every driver training school, either.

“We’re probably not going to participate because, for us, there’s no need for it,” said Gus Rahim of the Ontario Truck Driving School in London. “But I can see in certain areas where there’s a need for it.”

The business also does not have the required yard space for the tests to run in parallel with other training, he added. “They’re going to need an area just for them, and we have to continue offering our business.”