PORT HURON, Mich. — U.S. Customs and Border Protection (CBP) officers at the Blue Water Bridge border crossing have seized more than half a ton of marijuana from an Ontario plated commercial truck, the agency said Tuesday.

The drug, manifested as furniture, was seized Monday, the CBP said. It was destined for various locations in Michigan. 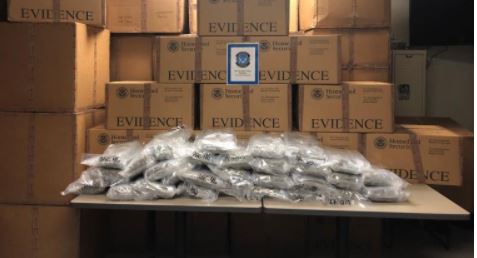 The drug was manifested as furniture. (Photo: CBP)

The agency said officers searching the vehicle uncovered 1,114 pounds marijuana in vacuum-sealed packages concealed in cardboard boxes and loaded on to wooden pallets within the truck.

The identity of the driver was not released.

“Even during a pandemic, traffickers continue to attempt to exploit our borders and will stop at nothing to try and introduce illicit drugs into our communities,” said port director Michael Fox, who oversees operations at the Port Huron Area Port of Entry.