The province’s Commercial Vehicle Dimension and Weight Regulation has not been updated in decades, and doesn’t reflect modern vehicle configurations and equipment, according to the Ministry of Transportation. That means permits are required for equipment that’s typically allowed in other jurisdictions. 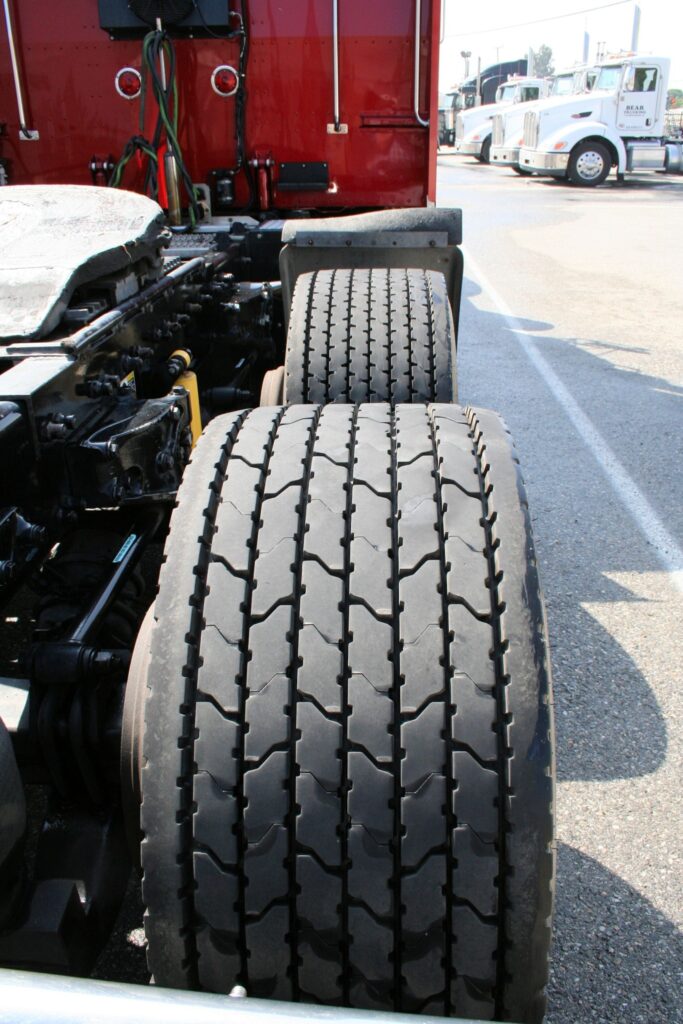 Super-single tires will be approved under regulatory changes, rather than requiring special permits. (Photo: Yokohama)

“We issue these permits virtually every time someone applies for them because the regulations include outdated vehicle weights and dimensions,” said Transportation Minister Ric McIver, in a related press release.

“Rather than making job creators apply for an outdated permit every time they need one, it makes more sense to simply update the regulations to reflect today’s truck configurations – and eliminate 10,000 permits in the process.”

The ministry had already eliminated 5,600 permits as part of a broader initiative to reduce red tape.

Carriers that operate tridems require a Transportation Association of Canada (TAC) permit as well as permits from each municipality in which the equipment operates, Nash said as an example. There are also 300 municipalities, which places a particular regulatory burden on fleets like large LTL carriers that serve multiple locations, he added.

Jude Groves, director – safety and training at Rosenau Transport, was particularly happy to see an end to permits for wide-base tires.

“The technology is safer and produces marked efficiencies in terms of fuel savings, which translates directly to greenhouse gas reduction,” he said. “It’s tried and proven.”

Alberta approved the use of wide-base singles tires on provincial roadways in 2017. In a year-long pilot conducted by Alberta Transportation and the Alberta Motor Transport Association, super singles returned average fuel savings of 8% when compared to duals.

But the fleet has limited the use of the tires because municipalities were restricting the equipment to different weights, holding the tires to different standards.

“We’re running across the western provinces,” Groves said. “One of the provinces in the middle of the four we operated [in] had barriers to operation.”

‘Innovation was far ahead of the regulation’

“The innovation was far ahead of the regulation, so this was an opportunity to zip the two up,” said the AMTA’s Nash. “That creates the opportunity for using that new technology out on the roads.”

The province has committed to cutting what it identifies as red tape by one-third in the name of reducing costs and speeding up approvals.

Alberta has more than 25,000 carriers and 136,000 commercial vehicles. Transportation and warehousing also accounts for 5.4% of the province’s jobs, contributing $11.2 billion to its annual GDP.

This story has been updated to include additional configurations included in the regulatory update, and to reflect permits that have already been eliminated.