It wasn’t the first time that protesters had gathered outside Fearman’s Pork to “bear witness” to pigs being transported to slaughter. Supporters of organizations such as Toronto Pig Save regularly walk up to such vehicles, extending water bottles out to pigs loaded in the trailers. But the accident happened just days after Ontario’s Security from Trespass and Protecting Food Safety Act was given royal assent. 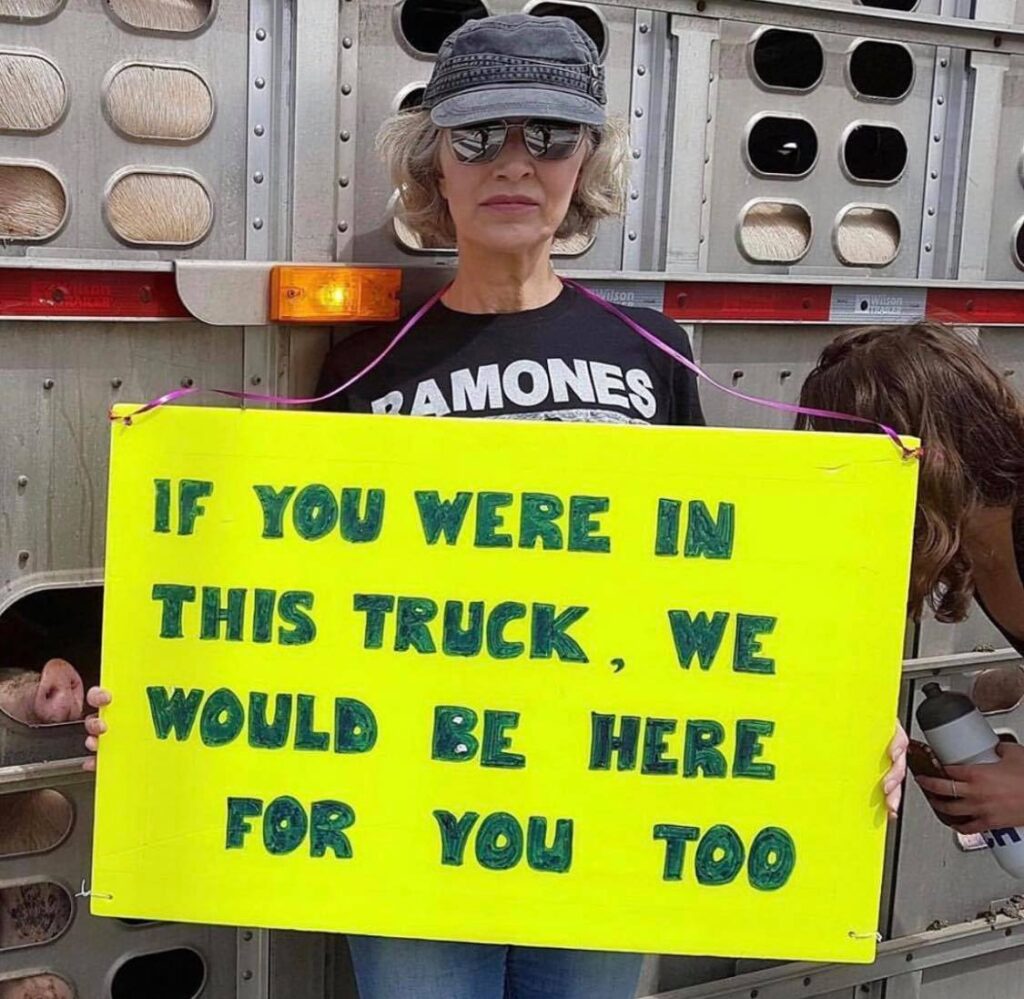 It was also almost five years to the day after Toronto Pig Save co-founder Anita Krajnc was charged with criminal mischief for giving water to pigs being transported into the same facility in Burlington, Ont. She was later found not guilty.

Police continue to investigate video evidence relating to the June 19 accident, but no charges have been laid.

“This is a tragedy and we extend our sincere condolences to them,” facility owners Sofina Foods said in a public statement. “We also recognize the impact that this event had on our employees and have been providing support to them in these very difficult times.”

When introducing the legislation, the Ontario Ministry of Agriculture, Food and Rural Affairs cited concerns about people approaching moving trucks or attempting to stop the equipment on public roadways. Interacting with animals in transport would also cause additional stress to the livestock and risk introducing contaminants into the food supply, it added.

The new rules prohibit stopping or interfering with motor vehicles transporting farm animals, or interacting with the farm animals without explicit prior consent. There are also several trespassing-related measures relating to farms and processing facilities themselves.

Penalties will include fines of up to $15,000 for a first offence and up to $25,000 for subsequent offences, compared to a maximum $10,000 fine under the Ontario Trespass to Property Act. Courts will also be able to order restitution for injury, loss or damages associated with the offence.

Protesters have come to refer to the legislation as the “ag gag” law.

“We’ve urged [the government] to make this a priority because of the safety issues,” says Susan Fitzgerald, executive director of the Ontario Livestock Transporters’ Alliance, a group that she says represents 80% of commercial hog transportation in the province.

Fitzgerald expects the regulations to be enacted by this fall or early next year.

“Our concern has been with the protesters being up close to the trucks and trailers and the animals,” she says, referring to the protesters who approach loaded trailers, and the load security issues that can occur if the animals inside are spooked. “The drivers can’t see 360 degrees around the trailers.”

“Interfering with the operations of farms, food processing businesses, and livestock transporters not only puts the health and safety of our agri-food workers and farm animals at risk, but also jeopardizes our food safety,” Agriculture, Food and Rural Affairs Minister Ernie Hardeman said last December, when introducing the legislation.

“Our concern has been with the protesters being up close to the trucks and trailers and the animals.”

The ministry said the government had in recent months received hundreds of letters about trespassing on farms and agri-food operations, and about the obstruction of livestock trucks.

“She [Russell] went that particular day to stand up for what she believed was the right for peaceful protests,” Krajnc says of the June 19 accident. “[Trucking operations] have safety protocols. You don’t plow into people.”

Several processing facilities have adjusted their procedures to allow for protests, Krajnc adds, using a Maple Leaf poultry facility as an example. Trucks there stop for five minutes before entering.

“You can create a culture of mutual respect where activists are able to protest peacefully.”